Be Sure To Subscribe To Richard Cummins (Sir Richard The Lionheart)

Sir Richard The LionHeart
Mission, BC, Canada
Musician, Philosopher, Follower of The Way, 'Prophet' as labeled by others, Outcast, Owner/Producer of Nectarine Horse Indie Recording Studio, One time Stuntman.

My dear brothers and sisters of the outer world...

...for I am still captive

Larry Norman - who has traversed from this region to another land - may be gone...

...but those who truly loved him and knew him - who touched him in embrace or conversation...

an embellishment of song...

...for a small circle of friends


with love to Larry Norman - a songwriter who accidentally led me to see the secret saviour... who appears to the vulnerable, the small, the weak...

Recorded by Phil Keaggy, Mark Walker (original drummer on original recording on 'In Another Land' ) Richard Cummins, Ted Aukerman - and Randy Stonehill who refused to play with Phil keaggy on this one when asked... even though "Mystery Highway" was just completed by the two... he must have really hated Larry in his heart - though 'God only Knows' as quoted by Brian Wilson..

Posted by Sir Richard The LionHeart at 12:00 AM No comments:

Re:
my good friend and full time Missionary Paul Hudson wrote a response to my original post, "Jeremiah 29:11 Christians" and apparently my response was too long to fit in the comment reply field, so upon review I think there is enough meat to qualify as a post of it's own.

To read the original article and response go here:
http://sirrichardthelionheart.blogspot.com/2009/11/jeremiah-2911-christians.html

Paul you know me personally that God has used that very same scripture in Revelation, John 3:15 very personally with me as well (though I didn't immediately produce a thousand cards to be printed and sold based on that - imagine that product line!), Which led me to think long and hard about my view, your critique, and the nature of scripture itself.

In fact it reminded me of an old George Jones song which basically says:
"There's my story, your story, and then there's the cold hard truth"
which about sums up my sentiments exactly.

In fact Paul - you ended up saying it best of all:

"Anyhow, the fact of the matter is that God can use the words of the bible the way He pleases and I think we need to respect that and let God be the one who picks and chooses what He wants to say through His Word, not ourselves."

Good enough for me, which led me to the critique of this verse being insanely elevated in the first place.

My point is the thousands of cards written to be handed out to people like it is written specifically for them! God isn't choosing that, people are.
Remember the warning of saying God has spoken to you when he hasn't in fact spoken to you?: Jeremiah 23:16-40

That is definately worth a read to those of you who flippantly throw Bible verses around like old popcorn after a movie.

Imagine sending a card like this through 'Camel Back Post Services' to Peter because of his persecution and he receives it... and with hands trembling and rattling the chains that bind him he reads the words of Jeremiah 29:11... rejoices at the Lords favor... and then is promptly lead out to his public execution and is cruely crucified upside down in utter agony.
Or to Paul of Tarsus, just before his violent beheading.

How goofy and then profane does it seem if we take 'Foxes book of Martyrs' and then insert this verse before every sacrifial, literally agonizing, life threatening, prosperity killing, physical execution and act as described therein? Even a child would call us out and say there is something very wrong with the promise offered and the events that took place.

Christian bookstores preprinting 100,000 cards with this verse in them is unwise and completely biblically illiterate, biblically ignorant at the very least (not to mention the sleaze of selfishness that it exudes out of context; 'Prosperity, ease, etc), and brings excruciating judgement at the very worst (Jer: 23:16-40).

So, I actually stand with you when you say, "... let God be the one who picks and chooses what He wants to say through His Word, not ourselves..."

It's very simple to see how He in fact already has when that very verse is completely and categorically explained in detail in 29:1 :

I for one will not succumb to say God Says when He didn't say - either because of a divorce, loss of a loved one, or any any other reason why christian bookstores sell these cards by the boatload to give 'comfort' - what comfort could there possibly be in giving someone an out of context verse if God has in fact designed a hard road for them? (This statement alone may shock and bewilder most christians)

And what, you may ask, do we do in the extremely rare event when God does want to use you in the office of an encourager to someone, perhaps with this passage? Then put pen to paper my friend and make sure you tell them - but that doesn't excuse the fact that someone has preprinted a zillion of these beforehand, "just in case".

Like you said yourself, "... let God be the one who picks and chooses what He wants to say through His Word, not ourselves..."

Who makes these cards, trinkets, and graven images?

Then, it becomes very easy to up and buy one, you know, the typical christian 'pat' answers and knaively presume to 'speak for God'. And those that do are commiting the worst arrogance possible on Planet Earth - 'Thus says the Lord' when it really is 'Thus says ME'.

How small would God have to be if He only had one answer for your troubles, and at that an answer He delivered thousands of years ago to someone else!

Paul - you and me - we are musicians - try to tell your wife that this gorgeous love song your singing to her was actually written for another woman - but that, well, it's good enough and besides you can't be bothered to come up with something fresh to say to her.

So you keep singing of passion and flame that was originally intended for someone else as she sits there politely listening but also somewhat unnerved wondering, 'Should I feel blessed by this? He's so creative - why doesn't he say something personal based on our current experience? Doesn't our relationship inspire any passion in him to say something personal to me now?"

If we are true people of faith, and in true relationship to God, there will be no lazy utterences, no need for false comfort - but a steadfast knowledge that I know what it is to be in need, and I know what it is to have plenty. I have learned the secret of being content in any and every situation, whether well fed or hungry, whether living in plenty or in want. That I can do everything through him who gives me strength.

And God will let you know this - HIS way.

Thus says the Lord of hosts: “Do not listen to the words of the prophets who prophesy to you, filling you with vain hopes. They speak visions of their own minds, not from the mouth of the Lord. They say continually to those who despise the word of the Lord, ‘It shall be well with you’; and to everyone who stubbornly follows his own heart, they say, ‘No disaster shall come upon you.’”

For who among them has stood in the council of the Lord
to see and to hear his word,
or who has paid attention to his word and listened?
Behold, the storm of the Lord!
Wrath has gone forth,
a whirling tempest;
it will burst upon the head of the wicked.
The anger of the Lord will not turn back
until he has executed and accomplished
the intents of his heart.
In the latter days you will understand it clearly.

"I did not send the prophets,
yet they ran;
I did not speak to them,
yet they prophesied.
But if they had stood in my council,
then they would have proclaimed my words to my people,
and they would have turned them from their evil way,
and from the evil of their deeds.

If you want to understand me 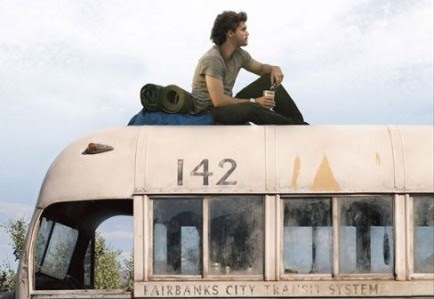 I am obviously still here - so that much is different..

But if you want a glimpse

into my own experiences

you need to watch

That's all I can say

Sir Richard,
Former SuperTramp
Posted by Sir Richard The LionHeart at 10:55 AM No comments: